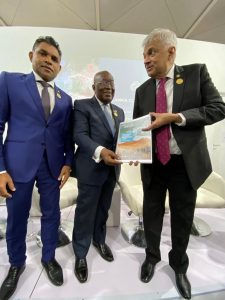 The Sri Lankan Climate Prosperity Plan (CPP) is a roadmap to attract foreign investment in Sri Lanka’s economy to boost economic growth and employment, while also accelerating climate adaptation and bringing down the country’s greenhouse gas emissions as it transitions towards net negative emissions.

Compared to a Business As Usual scenario, Sri Lanka’s Climate Prosperity Plan is expected to deliver an economic growth rate that is 1% per year higher, resulting in GDP that is 34% higher by 2050.

The Sri Lankan plan sets a target of increasing Sri Lanka’s renewable energy generation from 35% to 70% by 2030. The transport, forestry, water and tourism sectors have similarly ambitious aims. The plan provides a pathway for Sri Lanka to become a carbon negative economy before mid-century.

Speaking at a Climate Prosperity Plan leaders panel hosted by the Climate Vulnerable Forum (CVF), a coalition of 58 developing countries that are highly vulnerable to climate change, of which Sri Lanka is a member, President Wickremesinghe said:

Sri Lanka’s Climate Prosperity Plan has been submitted to the UNFCCC as the country’s long-term low GHG emission strategy under the Paris Agreement, and it aims to mobilize $26 billion in near-term projects including a major 5GW wind array together with a high-voltage undersea cable to link Sri Lanka and India’s energy grids.

Other countries also spoke at the CVF event about their own Climate Prosperity Plans. President of Ghana Nana Akufo-Addo said:

“The Climate Prosperity Plans are our strategy to prosper in a climate-insecure world. The main hurdle that vulnerable developing countries face in climate action is finance. We lack the resources of our wealthy and major economic counterparts. Our fiscal space is under constant pressure from the impacts of climate change. And the negative effects of climate change are also worsening the already high cost of capital that we face to mobilize commercially viable investments. So the CPPs will also be our investment and financing strategies.”

Climate Prosperity Plans detail a range of investments in sectors including energy, farming and transport with a priority on building resilience. The reduction in a country’s greenhouse gas emissions are a by-product, rather than a specific target, of the Plans.

President Akufo-Addo highlighted that the Climate Prosperity Plans program was a major initiative of the Ghana presidency of the Climate Vulnerable Forum. Highlighting the 1.5 billion people represented by the CVF, President Akufo-Addo called on the international community to make good on their financial promises for climate action and extend full support to the CVF members’  Climate Prosperity Plans.

“With our Climate Prosperity Plans, Maldives joins fellow CVF members to strive towards the future. The CPPs will be our investment vehicles to tap the funds we need for bold climate action.”

Former President of the Maldives and CVF Ambassador, Mohamed Nasheed, who chaired the event said:

“It’s what we do for ourselves that matters. These Climate Prosperity Plans are our agenda for being winners in the zero carbon world. We find that far from being a sacrifice, rates of economic growth and poverty reduction are higher in the high climate ambition scenario than in the do-nothing world of business as usual. This is a win-win for all the climate vulnerable developing nations.”

The Climate Vulnerable Forum (CVF) is an intergovernmental non-treaty organization of 58 developing nations most threatened by climate change, and represents some 1.5 billion people worldwide. It is currently chaired by Ghana for the period 2022-2024. The Forum serves as a South-South cooperation platform for participating member states to act together to deal with the global climate crisis.

The Ministers of Finance of the CVF member states cooperate within the Vulnerable Twenty Group (V20).

*As a UN non-member observer state 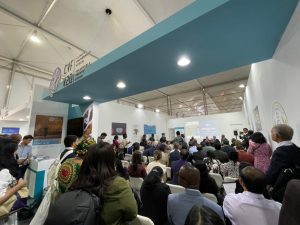 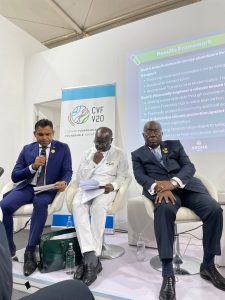 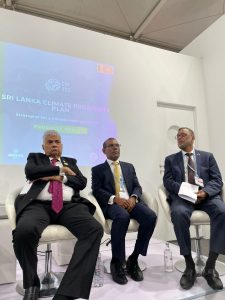 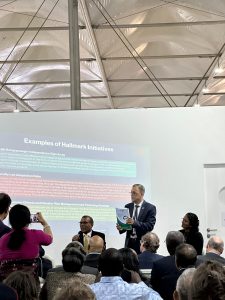 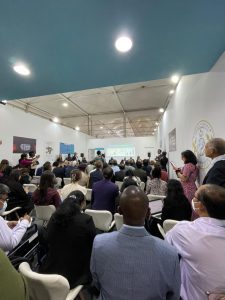