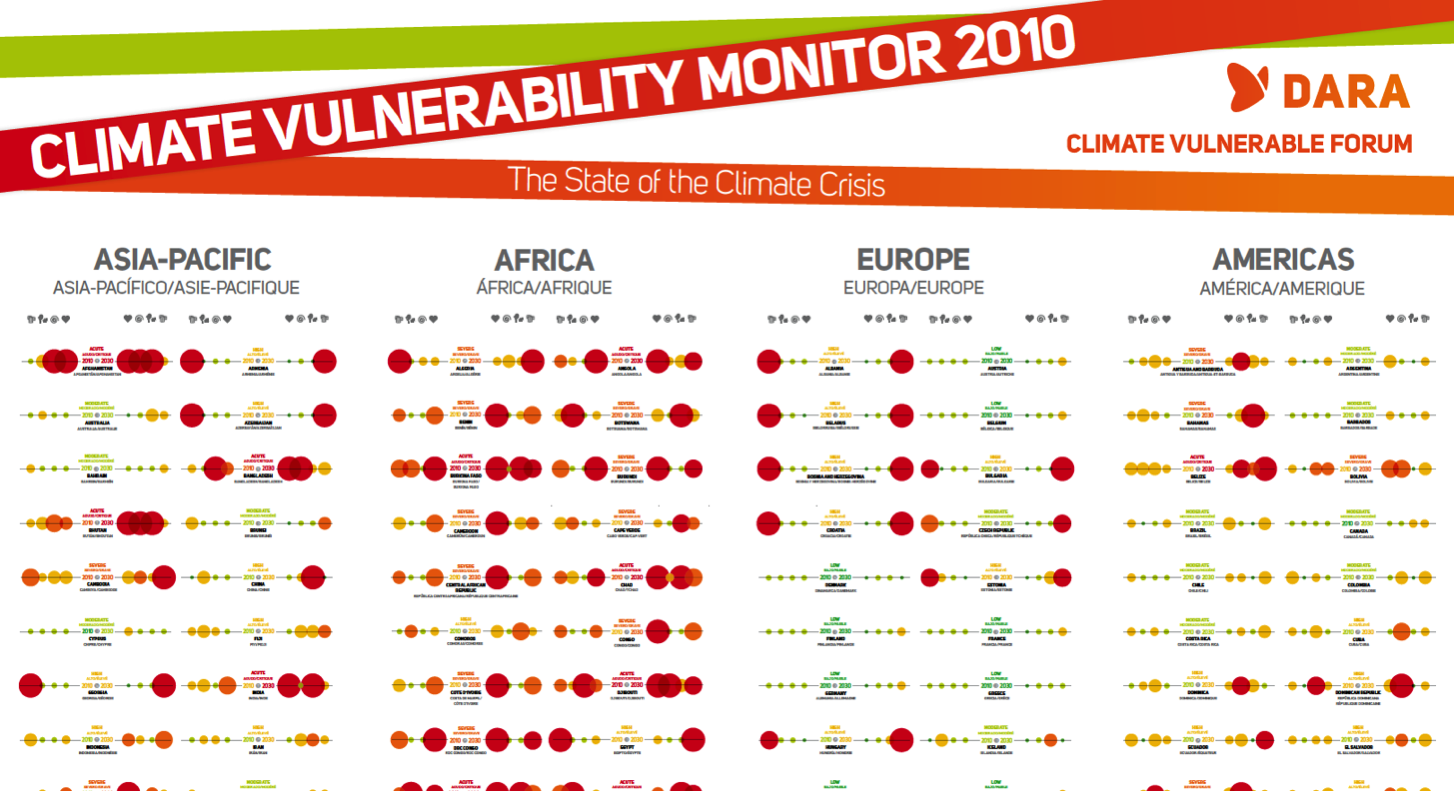 The State of the Climate Crisis

The first edition of the Climate Vulnerability Monitor series of independent international assessments commissioned by the CVF into the societal ramifications of current climate change. The report was developed by international humanitarian research organization DARA , and reviewed by panels of external experts. It was launched in December 2010 and assimilated existing research on climate change vulnerability and included a detailed review of adaptation responses to different headline impacts of climate change. The analysis was carried out for 184 countries and included four focused country-level profiles. More info available at DARA here .

The Monitor was launched at the Commonwealth Club in London, UK and at the UN Climate Change Conference at Cancún (UNFCCC COP16), Mexico, on 3 December 201o by then President of the Maldives, H.E. Mohamed Nasheed – see the video media coverage of the release and the image gallery .