It’s a great honor for inviting me to speak here as the representative of civil society.

IPCC 1.5 degree special report warns the current collective climate commitments under Paris Agreement is far from the 1.5 degree target, and might lead to a more than 3 degree world. Urgent and enhanced actions, and ambitious commitments are needed to fill the gap, protecting people and the planet from catastrophic climate change.

CVF countries have made the commitments to update and raise the ambition of nationally determined contributions to the global response to climate change by 2020, to keep the 1.5°C warming limit within reach and to safeguard those most vulnerable people and fragile ecosystems.

WWF stands by the vulnerable countries. As civil society group, we find it unacceptable that the vulnerable need to ask again who the leader is in the room. Why has it to be the most vulnerable instead of those who share biggest responsibilities and have the means to do so to take the lead?

WWF, together with the international civil society, standing with the vulnerable people, welcomes a robust Paris rulebook, and calls for more ambitious climate commitments and urgent actions.

Two years ago in Marrakesh, CVF announced the bold political vision to achieve 100% renewable energy as rapidly as possible. China is the first country to give a quick supporting response, recognizing the great opportunity for China and CVF countries to work together for a low carbon and climate resilient future. This important south south climate cooperation can help the world to close the emission reduction gap.

With the growing demand for energy in many developing countries, we see a unprecedented opportunity for mainstreaming renewable energy as well as related technologies such as energy storage and smart mini-grid. The cost of renewable energy is falling so fast that it will certainly be a consistently cheaper source of electricity generation than traditional fossil fuels within just a few years. The cost of solar PV for example has dropped more than 90% in the last decade. Given the higher price of carbon and the looming stranded asset risks, not to mention the externalities on public health and water, renewable energy is ready to be deployed massively now for the global transition for a zero-emission future.

It is sad to see that 3 decades after the Earth Summit in Rio, environment and development are still being seen as an either-or dichotomy, as in a zero-sum game. The rapid development of RE in countries like India and China debunked this myth.

In recent years China has shown strong political will on environmental protection, and proposed the concept of “ecological civilization,” which highlights “Lucid waters and lush mountains are invaluable assets,” or simply, green is gold.

Mr. Li Ganjie, the Minister of Ecology and Environment emphasizes earlier here in Katowice that China is determined to further promote south-south cooperation on climate change and green development in the BRI, with a special emphasis on providing technical, financial and capacity building support to other developing countries, especially those who are most vulnerable such as the LDCs and small island states.

To accelerate the energy transition to renewables in south countries, WWF has initiated a South-South Renewable Energy Cooperation Initiative, working together with partners in and outside China. With Myanmar, Vietnam, the Philippines and Indonesia as our first pilot countries, most of which are members or observer states of CVF, we aim at supporting and accelerating the CVF ambition of achieving 100%RE as soon as possible through South South cooperation.

This is a Crisis with a deadline. IPCC tells us we 12 years left. WWF believes this summit must deliver a strong signal that all countries must increase their ambitions and that developed countries must lead. This is the logical and moral response to the IPCC conclusions. Time is really running out. It is time to seek common ground.

END_OF_DOCUMENT_TOKEN_TO_BE_REPLACED 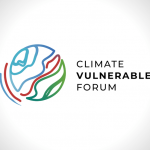