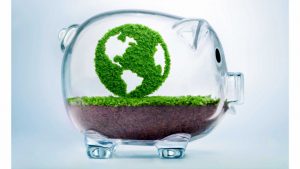 The Climate Vulnerable Forum (CVF) was launched over 10 years ago, by then President Mohamed Nasheed of the Maldives, and has been operating since then with a different head of government in charge of it for a two-year tenure.

The current chair of CVF is Prime Minister Sheikh Hasina of Bangladesh, whose term is scheduled to end later this year, and the president of Ghana will take over the position. However, Bangladesh’s involvement with the CVF will continue for two more terms as a member of the governing troika of past chairs who continue to support the current head of the forum.

The CVF consisted of 48 member countries when Bangladesh took charge, and has now grown to include 55 developing countries after Prime Minister Sheikh Hasina led the group at the 26th Climate Change Conference (COP26) in Glasgow, Scotland last year.

Over the years, the CVF has become a leading group of countries tackling climate change, and has evolved from emphasising their vulnerability to highlighting their resilience. And now, under Bangladesh’s leadership, it is focusing on climate prosperity with the development of Climate Prosperity Plans, and with Bangladesh set to release its Mujib Climate Prosperity Plan (MCPP).

One of the highly innovative actions taken by the CVF finance ministers was the creation of the CVF and V20 Joint Multi-Donor Fund, with an initial funding from the CVF countries themselves, and then further contributions from international foundations and the government of Germany. The fund is managed by the United Nations Office for Project Services (UNOPS) on behalf of the CVF and V20.

The V20, with support from the fund, recently initiated a major programme with a 21-million-euro contribution from Germany to join the InsuResilience initiative to provide support for subsidised insurance premiums against climate impacts, and for better data gathering on climate hazards in the CVF countries. This will hopefully become a significant programme in tackling both adaptation and loss and damage from human-induced climate change.

Another, more recent development under the CVF and V20 Joint Multi-Donor Fund has been the beginning of a new funding window to support the communities suffering the climate impacts in CVF countries, and get support to address the impacts of climate change after they have occurred. As the world has now entered the new era of loss and damage, the CVF and V20 fund is now the first UN fund to explicitly work on climate-related loss and damage.

It is important to note that the finance ministers are not involved in the climate change negotiations under the United Nations Framework Convention on Climate Change (UNFCCC), but they have to seek the money needed to cope with climate disasters such as floods, cyclones and droughts. Hence, they are by now well aware of the adverse impacts of climate change in their respective countries. They have, therefore, agreed to set up their own loss and damage fund under the CVF and V20 fund—a programme of assistance to the victims of climate change that welcomes contributions from others in the spirit of solidarity, and without invoking any liability or compensation.

It is expected that this loss and damage fund and other programmes of the CVF and V20 can kick-start both funding and actions to address loss and damage from climate change, which might have a positive influence on the upcoming discussions on setting up a facility for financing loss and damage at COP27, set to be held in Egypt in November this year.

This opinion piece was first published in The Daily Star on Wednesday 9 March.