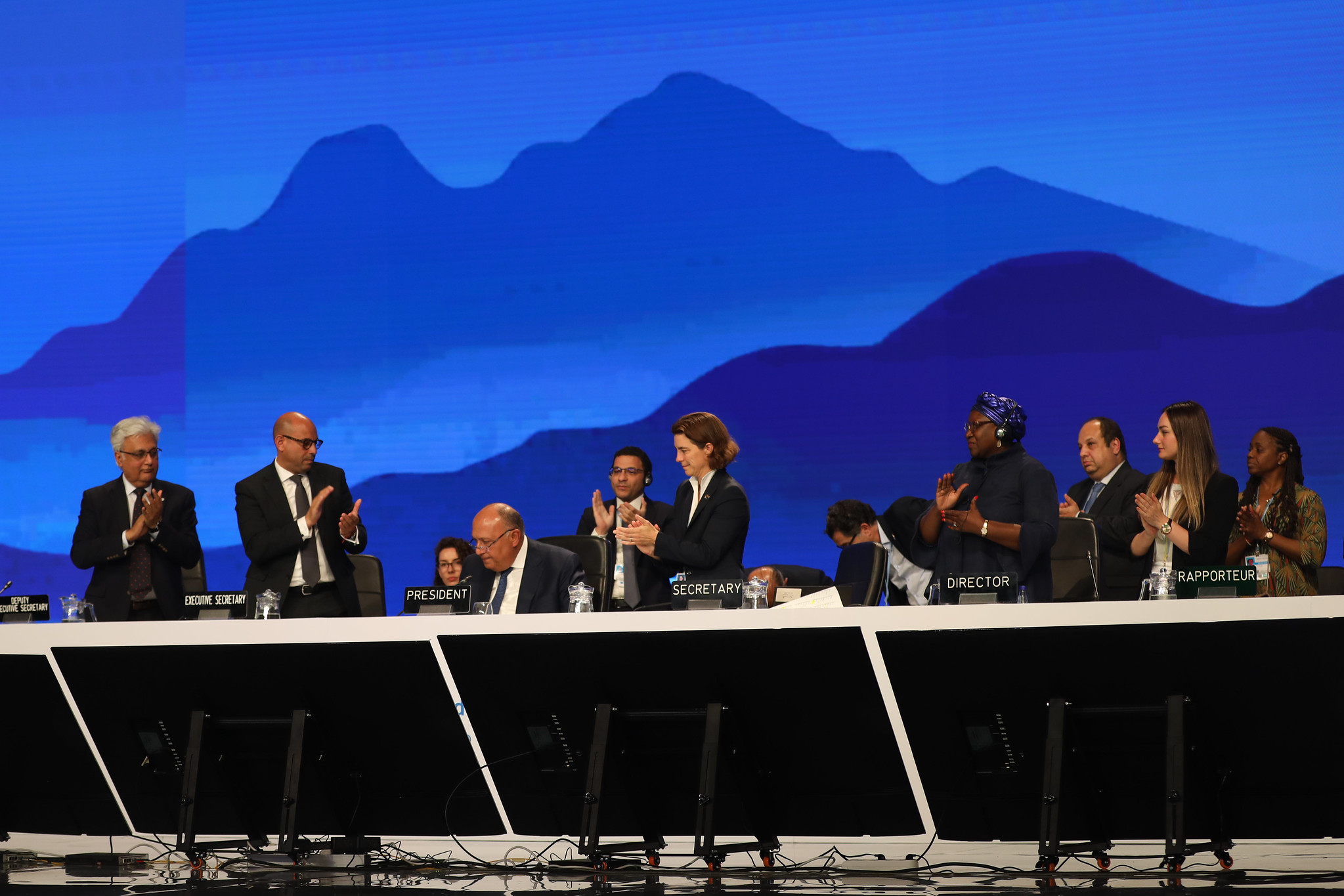 The Climate Vulnerable Forum Presidency of Ghana, represented by Hon. Henry Kokofu, released the following statement upon the conclusion of UNFCCC COP27 in Sharm el Sheikh:

The Climate Vulnerable Forum (CVF) welcomes that COP27 has delivered on a range of key asks of the world’s most climate vulnerable nations and our #PaymentOverdue campaign. The landmark decision to create a Fund for the climate crisis driven loss and damage suffered by particularly vulnerable developing nations is a major step forward for the response of the international community to unevenly experienced global climate devastation. A stronger decision than at COP26 for nations to strengthen their 2030 NDC climate targets for alignment to save the 1.5ºC goal of the Paris Agreement by next year is the most important outcome for safeguarding 1.5 degrees. The COP outcome also recalled the vital importance of equity in delivering the Paris Agreement and for the Sharm el Sheikh Implementation Plan. The CVF strongly urges the major polluting countries responsible for the overwhelming majority of global emissions to now deliver and do their utmost fair-share effort for cutting emissions in this decade. These countries should heed the plea of the CVF’s youth ambassador at COP27 to “not come back next year, to yet another COP, empty handed.” The CVF also welcomed the standalone report on the agreed doubling of adaptation finance by 2025 for next year, and the adoption of a transformational approach to adaptive capacity and clarity on the urgency of a clear framework for the global goal on adaptation. This raft of outcomes directly responded to most of the key asks as outlined by the vulnerable nations in our Accra-Kinshasa Communique and demonstrate that multilateral climate cooperation can deliver for our nations. The lack of a commitment for rich and polluting nations to actually provide loss and damage funding remains a serious weakness that leaves open the risk that the new Fund, and other funding arrangements, for loss and damage simply create an empty bank account.

The CVF extends congratulations to Egypt for bringing COP27 to a successful conclusion, moving forward climate action into implementation, and in particular for the leadership of H.E. Sameh Shoukry, COP27 President, and his presidency team for their tremendous efforts to reach an acceptable outcome that maintains increased ambition while accommodating a balance of interests.