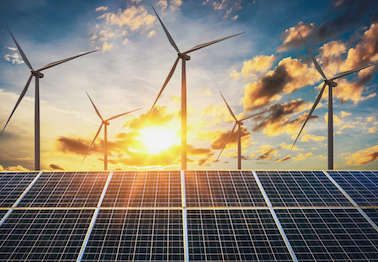 4 April 2022, DHAKA: The findings of the latest Intergovernmental Panel on Climate Change (IPCC) Working Group III Report, ‘Climate Change 2022: Mitigation of Climate Change’, confirms that the last decade recorded the highest increase in global emissions in the history of the planet.

The WG III contribution to IPCC focusing on mitigation confirms that developed countries are the most responsible for greenhouse gases (GHGs) in the atmosphere, and while they are making efforts to reduce emissions, efforts need to be accelerated within the next two years to stop the world from heating beyond 1.5 degrees.

The Working Group II Report on Adaptation, Impacts, and Vulnerability, released last month, outlined the consequences of not limiting temperature increases to 1.5 degrees Celsius. The report on mitigation released today makes it clearer than ever that the window of opportunity to accomplish this is rapidly closing.

According to the report, a 1.5 degrees pathway requires CO2 emissions to be reduced by 48% by 2030 and achieve net zero emissions by 2050. It confirms that under the current commitments from countries to reduce emissions, the world is on a path to global warming of 3.2 degrees, which will lead to irreversible climate risks. Taking action this decade is especially for those from the most vulnerable nations living on the frontlines of the climate crisis.

A cleaner, safer and more sustainable future is achievable, but there is a need for a major shift away from fossil fuels starting with diverting fossil fuel subsidies to renewable energy and storage. The current emission reduction pledges from major polluting countries are not enough. Wealthy nations must deliver on their promises made during COP26 in Glasgow.

This includes ensuring developed countries deliver the USD 100 billion per year in climate finance to developing countries which they pledged under the UNFCCC processes.

CVF Founding Chair, CVF Thematic Ambassador for Ambition, Speaker of the People’s Majlis and Former President of Maldives, H.E. Mohamed Nasheed, said: “The IPCC has confirmed that the world is now perilously close to breaching the Paris Agreement target of limiting warming to 1.5 degrees. Meanwhile, progress towards clean energy is far too slow, and vulnerable developing countries are struggling to find funding to support their own transition away from fossil fuels. We must rebuild the momentum we saw prior to COP26, because our collective survival depends upon it.”

CVF Thematic Ambassador for Renewable Energy, Chair of the UNFCCC Subsidiary Body for Scientific and Technological Advice (SBSTA), H.E. Tosi Mpanu Mpanu, said: “We are at a crossroads in human history. We have the scientific knowledge to ascertain that current efforts to reduce carbon emissions are inadequate. We also know that investing in renewable energy is a more cost-effective and long-term solution. In the last decade, for example, the cost of solar energy has dropped by 85 percent. We must follow science’s lead and make decisions that protect vulnerable communities and people. Simply put, this means turning off the tap on dirty energy sources and committing the funds required for a clean energy transition.”

Special Envoy of the CVF Presidency of Bangladesh, H.E. Abul Kalam Azad, said: “The world already faces unavoidable multiple climate hazards over the next two decades with global warming of 1.5°C (2.7°F). The AR6 reminds us that breaching 1.5°C spells devastation for climate vulnerable economies and communities. Increased climatic events in the form of flood, drought, heat stress builds pressure on agriculture, water, fisheries, health, biodiversity and various sectors across economies giving rise to cascading crises. We must take stock of the latest reports and more innovative technology we have available to stimulate collective climate action. It is our duty to respond to the clarion call to protect what is left.”

CVF Incoming Presidency Ghana, Dr Emmanuel Tachie-Obeng, said: “The IPCC report on mitigation highlights the urgent need to end our reliance on fossil fuels. The African Continent is the most vulnerable to devastating climate impacts if global warming surpasses the 1.5 degrees threshold. Our economics, food, water, health and land is at risk. Millions of lives will be affected if we do not act. Time is running out. But we still have a short window to make transformative changes and move towards cleaner energy sources to give our people, and those from the frontlines, a fighting chance.”