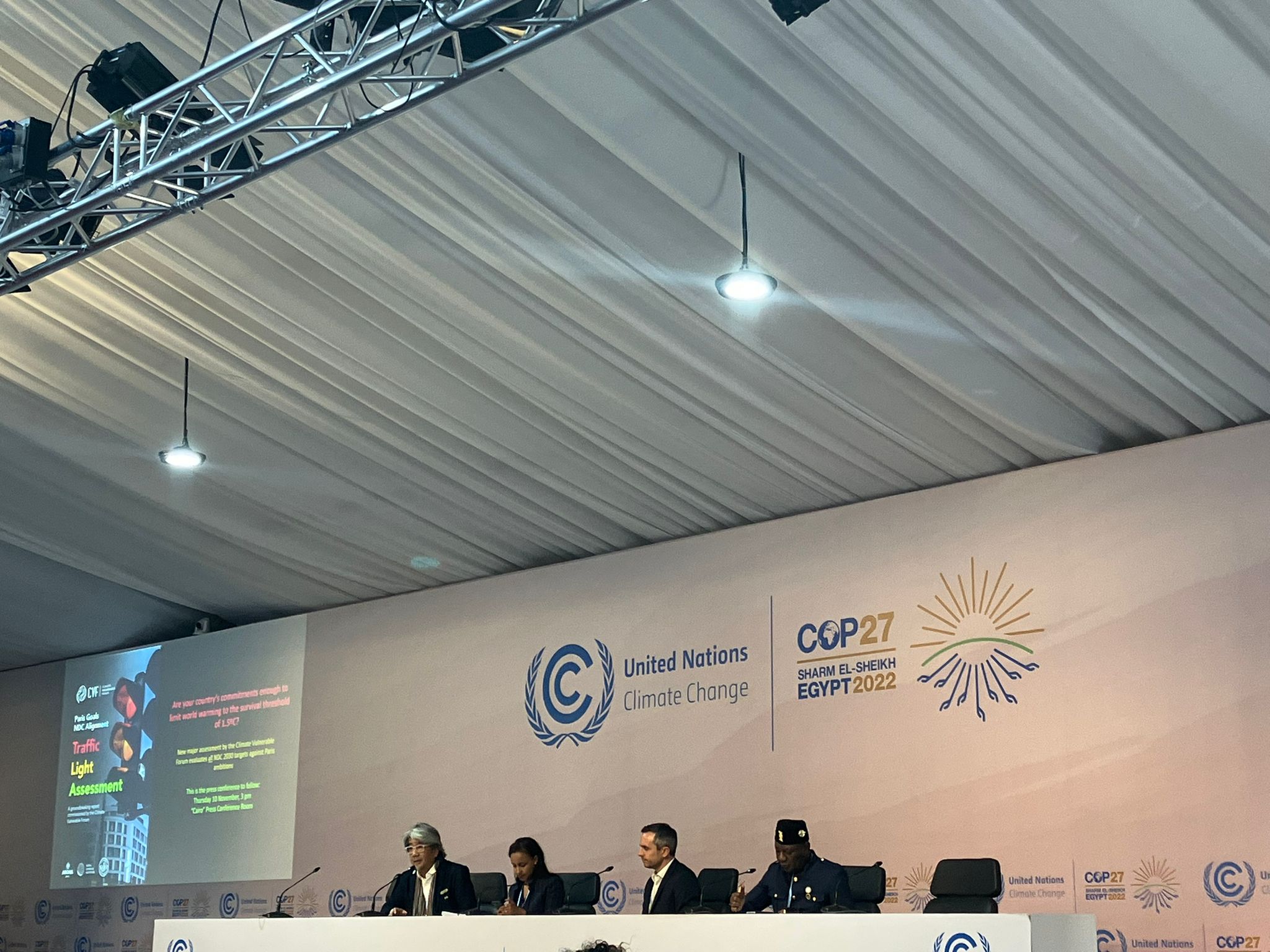 10 November 2022, Sharm el Sheikh, Egypt – The Climate Vulnerable Forum (CVF) today at COP27 issued a major new report which uses a traffic light approach to show that G7 and G20 major economies are stuck on ‘red’ in terms of their NDCs’ alignment with the 1.5ºC goal of the Paris Agreement.

In contrast, vulnerable country groups including the African Group, the LDCs, and the CVF itself are all on ‘green’, indicating that their NDCs are already fully compliant with the Paris Agreement, and fully aligned with a 1.5 degrees world.

The groundbreaking report, entitled “Paris Goals NDC Alignment ‘Traffic Light’ Assessment”, differs from most assessments in that these often unfairly grandfather carbon budgets by taking current (i.e. 2022) emissions as a starting point. In accordance with the principle that every human being has an equal access to and responsibility for the atmosphere, the new CVF report calculates carbon budgets using the UN Climate Convention’s base year of 1990, when the first IPCC report was produced, as a starting year. These budgets are then adjusted using both GDP and the Human Development Index to account for countries’ differing capacities to undertake emissions cuts.

“The Glasgow Pact bound all countries with 2030 NDC targets not aligned with 1.5 to strengthen these this year. With this report, we can see that the Glasgow Climate Pact is broken. Because the rich and big polluting countries did not act to save 1.5 degrees as we all agreed only a year ago in Glasgow.

“Despite being least responsible for past emissions and having the least capacity, the world’s vulnerable nations have already put in a major effort to align our national climate targets for 2030 with the Paris Agreement. The world’s rich and powerful nations however are far off from a fair-share effort to limit warming to within the crucial 1.5ºC Paris goal, which we consider as a survival threshold.”

“The world’s rich and powerful nations have failed the world. They have plunged us deep into the climate crisis. They have to take responsibility not just for cutting emissions today, but for the failure to act sufficiently since the UN Climate Change Convention was first adopted in the early 1990s.”

The CVF’s assessment released today is the start of a broader work program commissioned by the Forum, which will present additional results in Spring of 2023.

“The assessment shows that large per capita emitting countries, who are responsible for the overwhelming majority of global emissions, must urgently strengthen their targets for 2030 if climate catastrophe, caused by exceeding the Paris Agreement temperature goals, is to be averted. Smaller per capita emitters have pledges well within their fair share of the 1.5C goal.”

He added that the assessment was based on a specific methodology and that it was a new contribution to the field of climate mitigation equity, where a number of other methodologies have been advanced by different authors and expert groups.

A copy of the report can be consulted here.

The Climate Vulnerable Forum (CVF) is an intergovernmental non-treaty organization of 58 developing nations most threatened by climate change and represents some 1.5 billion people worldwide. It is currently chaired by Ghana for the period 2022-2024. The Forum serves as a South-South cooperation platform for participating member states to act together to deal with the global crisis of the climate.

*As a UN non-member observer state 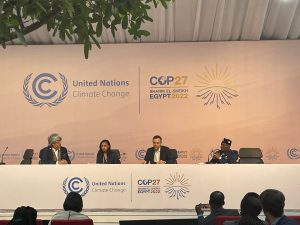 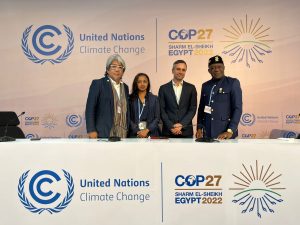 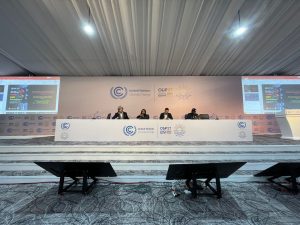 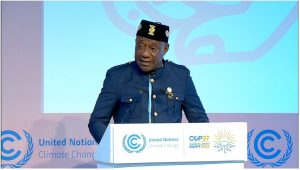