Reflections on the “Implementation COP”

Reflections on the “Implementation COP” 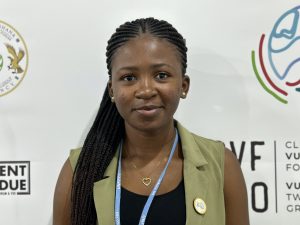 COP has always been a forum in which countries can come together, in spite of geopolitical conflicts, to look for better solutions that can reduce the impact of climate change. Even though compromises had to be made in the negotiation rooms at COP27, it was good to see so many people agreeing on the urgent need for climate action. It proved that humanity has the capacity to do better on its commitments to the environment for the sake of future generations.

COP27 was billed as the ‘implementation COP’ because of the need for actual work to be done to reduce the rate at which the world is warming. In his opening address, Simon Stiell, Executive Secretary of the United Nations Framework Convention on Climate Change (UNFCCC) said: “COP27 sets out a new direction for a new era of implementation, where outcomes from the formal and informal processes truly begin to come together to drive greater climate progress and accountability for that progress.” He urged governments to focus on three critical actions at COP27:

But these actions proved difficult to accomplish. Language around the need to phase out fossil fuels was notably absent from discussions. Despite being held in one of the most climate-vulnerable regions of the world, the conference missed the point that the worst impacts of climate change will affect more and more people if we don’t take action. The UN published a report ahead of COP27 which highlighted that efforts to reduce emissions are insufficient to limit global temperature rises to 1.5°C by the end of the century. And yet, the matter of 1.5°C was largely avoided.

Even so, there were some important outcomes of COP27 in keeping with the primary themes of the conference. Most significant of these was the agreement to create a funding mechanism for loss and damage. Developed countries – which have historically been reluctant to pay for loss and damage – came up with a mosaic of solutions including insurance products and early warning systems. A transitional committee was established to make recommendations on the new funding arrangements and to work on expanding the sources of funding for consideration at COP28.

The establishment of a process to develop a framework to accelerate adaptation was another notable result of the conference. This framework would take into account countries’ vulnerability and capacity to cope, considering a range of socioeconomic factors and employing science-based indicators, metrics and targets. Mitigation was only lightly touched upon, and the subject of phasing out fossil fuels was largely absent from discussions. In addition, many developing countries raised serious concerns that the pledge to provide USD 100 billion in climate finance was not being met and urged wealthy nations to fulfil their commitments. They requested that the Standing Committee on Finance prepare biennial reports on progress towards providing these funds for consideration at COP29, 31 and 33.

COP27 was eye-opening in many ways. Whilst commitments from developed countries were lacklustre, it showed that we have the capacity to come together for the common good. I hope that those in attendance have returned to their homes with an urgent message for their people: that the need for climate action is now.