COP27: Outcomes and Implications for Ethiopia

COP27: Outcomes and Implications for Ethiopia 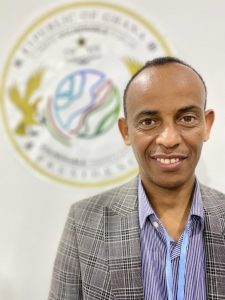 COP27 – sometimes referred to as the ‘Implementation COP’ – was pivotal for Climate Vulnerable Forum nations such as Ethiopia.

Among the key milestones achieved in Sharm el-Sheikh, we saw significant progress on the key issue of Loss and Damage and crucial agreements relating to Article 6.

Since the ratification of the United Nations Framework Convention on Climate Change (UNFCCC) in 1994, participating countries attending the past 26 COP conventions have helped to drive important progress on climate change mitigation and adaptation.

As part of their ongoing commitment to the Climate Change Convention, many nations are updating and submitting more ambitious NDC plans to the UNFCCC. Within the context of this optimistic outlook, various historic accomplishments were achieved at COP27.

In Ethiopia, loss & damage concerns are a reality for both cattle and crops, particularly in lowland parts of the country where pastoralists have been living through a continuous drought for more than two years. Regional and zonal government statistics indicate that in the six months between late 2021 and mid-May 2022, between 2.1 and 2.5 million livestock are estimated to have died. Herd sizes are likely to continue to decline.

Having already experienced the severe harm caused by climate change, Ethiopia views the COP27 agreement on the establishment of a compensation fund for loss and damage as a major achievement.

The Paris Agreement, signed in 2015 at COP21, included a key section referred to simply as Article 6. It was designed to encourage global cooperation in climate change mitigation through carbon credit market systems.

Several developing nations, including Ethiopia, are actively involved and keenly observing the outcomes of the negotiations on carbon markets. This is because these nations have the potential to participate in such markets, and there is recognition that money made from the carbon market supports the rapid implementation of Nationally Determined Contributions.

Between 2012 and 2015, Ethiopia produced up to 5.5 million tons of CO2-equivalent credits in a single REDD+ project. These credits are traded on the voluntary carbon market. With this practical experience to draw upon, Ethiopia and other developing nations are closely following and actively participating in carbon market negotiations.

Article 6 was the subject of ongoing negotiations during COP27, and several significant decisions were reached. Among the key negotiating points settled at COP27 were how participating nations in the carbon market report, examine, and maintain the confidentiality of information. Also discussed were concerns relating to the infrastructure needed and its usage during the implementation period.

Negotiating parties also reached crucial agreement on further issues such as the transfer of certified emissions reductions of the Clean Development Mechanism from the Kyoto Protocol to the Article 6.4 Mechanism of the Paris Agreement.

By the end of 2023, participants should express a willingness to submit their CDM project to the 6.4 mechanism. The host nation must submit a request to the Secretariat and the designated national authority (DNA) for the Article 6.4 mechanism (A6.4M).

The establishment of a fund for loss and damage was a landmark decision made at COP27.

Nations that have experienced loss and damage must begin keeping records of the losses and damages that have occurred in their respective countries in order to assist negotiations and implement compensation.

Implementation of Article 6 will benefit developing nations – but many of these nations will need help to prepare and realize the benefits.

Partners and international organisations are key in providing this help, promoting each country’s capacity and enabling nations to compete in the new carbon market process, thereby increase their role in tackling climate change.