Is the Day of Implementation Coming?

Is the Day of Implementation Coming? 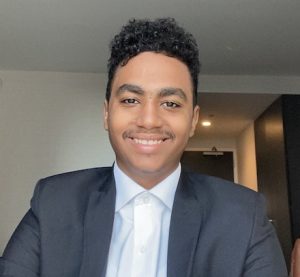 Sudan is one of the least developed countries in Africa and one of the most vulnerable to climate change. It has experienced years of severe drought that have resulted in serious, long-term social and economic impacts. Millions of people and livestock have died, and the drought is a root cause of a political conflict that has displaced several million people.

Agriculture is Sudan’s primary economic sector, employing between 60 and 80% of the population. It is also the most vulnerable sector to climate change. Changes in rainfall can cause droughts, floods, or the extension of the growing season which means that crops are left to rot in the fields. These environmental changes can also impact markets, causing fluctuations in food prices and destabilising supply chain infrastructures. This is hindering the growth and distribution of income in a country where more than 60% of people live below the poverty line.

Considering these growing problems, is the global community doing enough to meet its mitigation and adaptation targets? From my point of view: no. Our capacity to limit global warming to 1.5°C is rapidly slipping away. Prior to COP27, the United Nations Environment Programme published its emissions gap report which indicated that updated national commitments since COP26 point to a 2.8°C rise in the global average temperature by the end of the century. The implementation of current commitments will only reduce this to 2.4–2.6°C.

The COP27 presidency promoted this conference as the COP of implementation, but we have not seen any serious implementation. COP27 addressed the symptoms of the climate crisis but it has done little to tackle its root causes. There was no robust commitment to reduce and no strong language on the need to phase out the use of fossil fuels: it was disappointingly clear that support for the fossil fuel industry remains prevalent. The Paris Agreement mentioned 1.5°C, but only as a target; we in Sudan weren’t provided with the methods and approaches to actually achieve it. What we need now is real and rapid reductions in global emissions. We need leaders who can stand up to the fossil fuel industry and work for the people.

Environmental activists and civil society organisations helped to put loss and damage at the top of the agenda. But so too did the solidarity of the G77 and China on the need for a specific loss and damage fund. This is, finally, a real victory for the vulnerable countries of the world. We are optimistic about the new fund but we have some concerns. How many years will it take to become operational? How will it apply to Africa specifically? And what impact will it have on the other funds that African countries receive? Who exactly will contribute to this new fund, and will it take the form of loans or grants? In short: will Africa face the same problems with this new form of finance as it has with others in the past?

Many in Sudan and Africa will be wondering whether the day of implementation will actually come. Many more will ask whether this process that we are going through will save the planet or if climate change will continue to ravage our country. We don’t want to look back in many years and say that we failed to act: we, the entire world, need to act now.