Do We Have an Option?

Do We Have an Option? 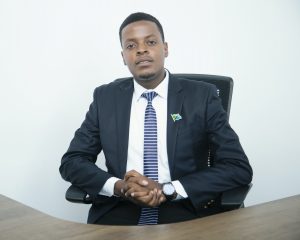 COP27 was said to be the COP For Implementation. Others called it the COP for Developing Countries.

Whatever its name, what is certain and obvious is the voices of climate-vulnerable countries have been represented, our demands have been amplified and we are positively anticipating the implementation of all decisions made.

But what is in it for Tanzania and East Africa?

During her speech at the World Leaders Summit at COP27, President of the United Republic of Tanzania H.E. Dr. Samia Suluhu said, “Delays on concrete actions to address loss and damage leave us with no choice but to realign our major financial resources to build a climate resilient economy that ensures the survival of the bigger segment of our population that depends on agriculture for livelihood.”

Firstly, due to their urgency, loss and damage are not only my priority, but a national priority, and a CVF priority.

The will, among many COP27 decisions, to establish a financial mechanism to address loss and damage offers the right pathway to rejuvenate the hopes of more than 61 million people living in Tanzania, affected by the impacts of climate change on their livelihoods, properties, lives, and sustenance.

Secondly, we must adapt or perish.

The Sub-Saharan region and CVF countries are the most adversely affected by extreme weather events. The change in weather patterns has increased climate shocks, with more crises now witnessed in food insecurity, water insecurity, and energy insecurity, all of which threaten millions of people.

This has raised grave concern and the urgent need to accelerate adaptation programs in our countries.

During COP27, the President of Tanzania had bilateral meetings with several development partners, including the World Bank and other stakeholders. Her meeting with the World Bank in particular was fruitful. It reconfirmed the organisation’s commitment to continue supporting Tanzania’s mitigation and adaptation solutions, including infrastructure and public transport projects in Dar Es Salaam, to make communities not only survive but thrive.

The energy transition has been highlighted as a critical avenue in the course of adaptation and mitigation, offering significant contributions to help embrace a green economy.

We gathered at COP27 just two weeks after the clean cooking project was launched in Tanzania. The Minister for Energy in Tanzania, Hon. January Makamba, shared the successes of his participation in COP27.

He had productive meetings with renewable energy investors who have shown interest in clean energy in Tanzania to help the community adapt to climate shocks and mitigate the impacts.

Furthermore, COP27 President and Egyptian Minister for Foreign Affairs Hon. Sameh Shoukry, during his closing remarks on November 18, 2022, said that during COP27 we have all witnessed the wide contribution of multilateral diplomacy in addressing regional and global crises, including climate change.

Through multilateral diplomacy, Tanzania decided to join the CVF and, together with this organization, shared its priorities and concerns with world leaders, calling for urgent implementation through the 2022 CVF Accra-Kinshasa Communique.

For Tanzania’s NDC, more than $19 billion is needed by 2030 to meet the country’s adaptation and mitigation targets. The country’s GDP falls short of what is required. Hence the necessity to review agreements made since the Kyoto Protocol to Paris on supporting developing nations to fight climate crises – as they emit the least but are affected the most.

With its EAC Climate Action Master Plan (2011–2031), the East African region laid out ambitious projects, but these have lacked effective implementation because of financial and capacity constraints. How are we filling this gap? The answer, as far as Article 2 of the Paris Agreement is concerned, is through constant climate financing.

East African countries experience the same types of impacts that Tanzania is confronted with. For the past three months, Uganda and Kenya have experienced extreme drought, and thousands of species have died. Agricultural production has plummeted, leading to calls for urgent interventions to address food and water insecurities.

We are vulnerable. When we demand action for finance and adaptation, we mean it.

We reaffirm CVF priorities as relevant. They have been discussed during COP. Now let this be the time for implementation.

We want a bright future—a sustainable future filled with hope!

“Our part of the work is for us to choose life or death, and the question is, do we have an option?”