COP27 – A Meeting With Historic Potential

COP27 – A Meeting With Historic Potential 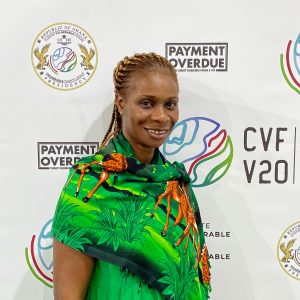 Representatives of over 190 countries will gather in Egypt for the so-called ‘African COP’, and to engage in crucial climate negotiations.

The nations most affected by climate change – many of them in Africa – have contributed the least to the cumulative global emissions which are driving the crisis. Hosting COP27 in Africa is an opportunity to highlight this.

It’s estimated that China, North America, Europe, Russia and Japan have together generated 62% of carbon dioxide emissions; Africa has contributed less than 4%. And yet each year, 1.7 million Africans die from food insecurity and malnutrition caused by extreme weather.

Climate change requires global action and cooperation if we are to progress to an actual road map to keep 1.5℃ alive.

Our planet: Our survival

The 6th Intergovernmental Panel on Climate Change report paints a dramatic picture for our planet and our survival. The devastating effects of global warming include rising sea levels, floods, droughts, heatwaves and reduced food production. Temperature rise affects our health, our economies and our ecosystems and must be limited for the wellbeing of all.

COP27 needs to be the “COP of Implementation”. The combined effort of parties, civil society, and the private sector is crucial if we are to avoid the point of no return.

Climate change is a complex challenge which requires multicriteria evaluations and implementations. To be effective, solutions must combine measures of adaptation, mitigation, finance, loss and damage, technology sharing and capacity building – in conjunction with the Sustainable Development Goals. We must also increase our focus on diversity, equity, and inclusion, so that no one is left behind.

COP27 must ensure the Ratchet mechanism will help countries to enhance their Nationally Determined Contributions (NDCs), to monitor and evaluate progress and to report back regularly to the United Nations Framework Convention on Climate Change (UNFCCC) secretariat.

During the Subsidiary Body Intermediate Session (SB56), the Subsidiary Body for Implementation (SBI) requested the secretariat prepare a paper on understanding the technical and process-related aspects for transfers of Certified Emission Reductions (CERs) from the Clean Development Mechanism Registry (in paragraph 4 of Article 6, Mechanism). A published document and small changes to the CDM Registry can be implemented to support the transfer of eligible CERs to the mechanism registry through a rollback-to-recreation process. Thus, articles 6.2, 6.4 and 6.8 on the cooperative approach remain essential at COP27.

A voice for vulnerable countries

Article 9 of the Paris Agreement sets out a global framework for action, reiterating earlier talks under the Kyoto Protocol on providing climate finance to low-and-middle-income countries. That was in 2015. It is now 2022 and this funding has not yet been disbursed.

It is imperative that COP27 prioritize the suffering of frontline nations. Africa has been disproportionately affected by the crisis, despite playing a minor role in its onset. This COP must take urgent actions to make sure Africa and vulnerable countries are treated fairly: in an interconnected world, leaving countries in a state of instability has serious consequences for all nations.

The importance of sustainable agriculture

One of the key priorities raised by the African Union is zero hunger – a concern which has also been given prominence among the Sustainable Development Goals. The stated aim of SDG 2 is to “End hunger, ensuring food security, improving nutrition and promoting sustainable agriculture.”

In the context of climate change, agriculture plays a central role in world economies and contributes to adaptation and mitigation projects. According to the Food and Agriculture Organization of the United Nations, the number of people living with malnutrition has risen by 130 million since 2012. This underscores the importance of the Koronivia work program on agriculture and land use – an important subject of climate change negotiations which must remain on the table for discussion at COP27.

All hands on deck in the fight against climate change

Back in 1992 the Rio Declaration – which emerged from the Rio Earth Summit – included a declaration whose importance still resonates today: “Given the different contributions to global environmental degradation, states have common but differentiated responsibilities.”

Thus, the Glasgow Dialogue on Loss and Damage requires the same attention regarding international financing because disaster risk for small islands and vulnerable countries is not a theory but a visible and perceptible force. A catalytic power is imperative in order to acquire a finance facility on loss and damage to help sustain our common home.

The vulnerable countries must press, at Sharm El-Sheikh, for the promised annual $100 billion in climate finance. Prior to the current review period of 2025, additional resources must come from grants, not loans.

A fair and inclusive path to action

Limiting global warming to below 1.5°C remains the main objective of the climate summit. Ensuring the Global Goal on Adaptation (GGA) is fully operational is a key topic at COP27. Without this, how will we support the most vulnerable and accelerate the transformational phase to attain resilience and achieve prosperity?

COP27 should encourage the Green Climate Fund to allow parties to access funding by creating a less complicated mechanism. Adaptation and mitigation need to be given equal esteem, allowing us to be proactive and avoid the cost of potential disasters.

The needs and wants of vulnerable countries should be satisfied through climate finance under the New Collective Quantified Goal on Climate (NCQC).

Action for climate empowerment topics is another important part of the negotiations. Breaking gender stereotypes is fundamental to achieving a better outcome, and environmental education within the 6 ACE elements will bring more people on board and improve the status quo. We expect negotiators to conclude and adopt a text in both matters at COP27 – not to postpone the talk to SB57.

The COP of Implementation promises to be challenging – but with parties’ positive attitude and willingness to cooperate, COP27 has the potential to be successful and historic.