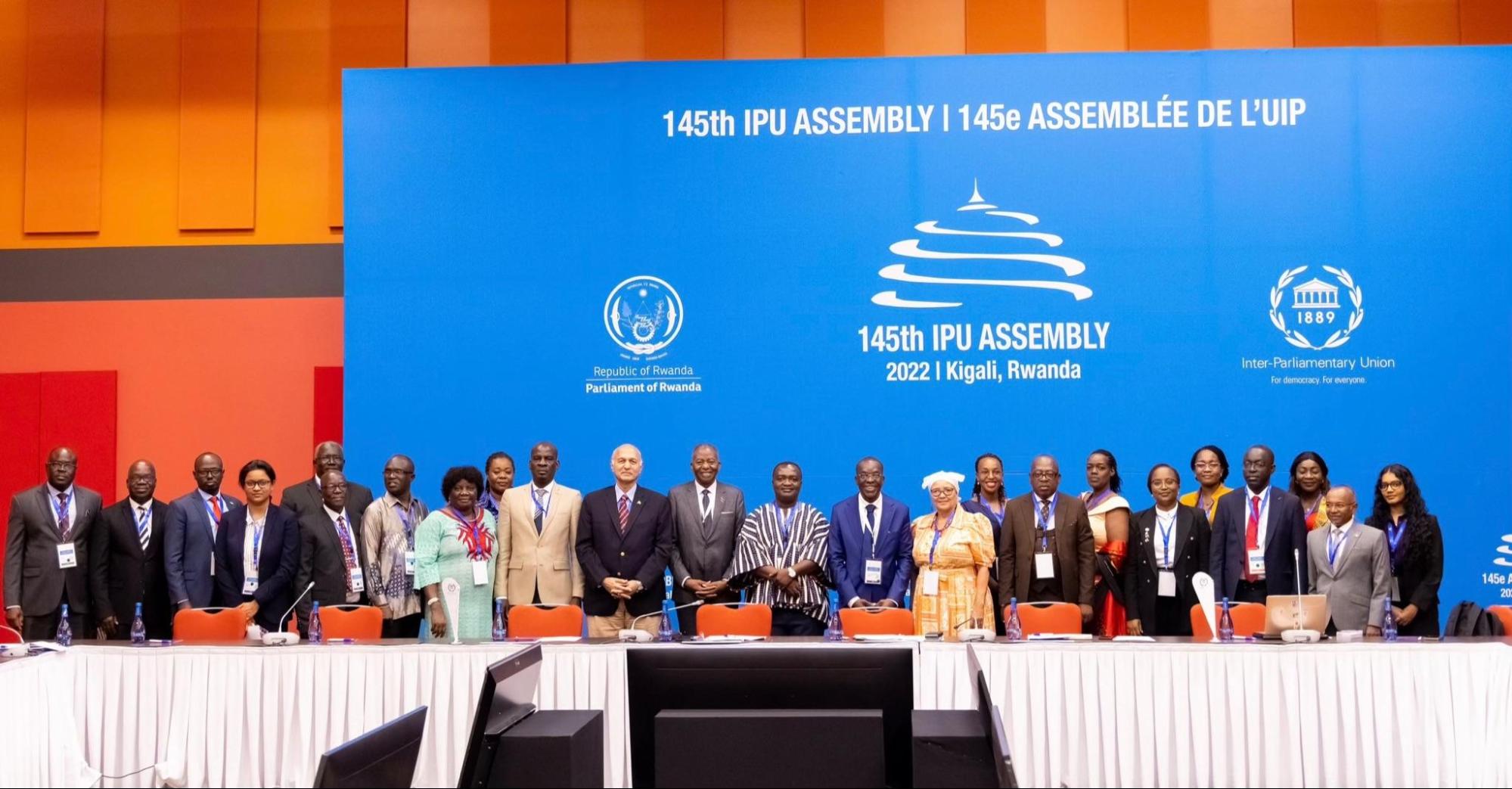 KIGALI, 11 October 2022:  Parliamentarians from climate vulnerable countries convened at the first ever CVF GPG Annual Dialogue on 11 October 2022, to provide a forum for MPs to discuss how to advance the climate agenda in their own countries and beyond.

During the Dialogue, Hon. Emmanuel Marfo, the Chairperson of the Environment, Science and Technology Committee of the Parliament of Ghana accepted the designation as Chairperson of the CVF GPG and spoke about the impact he hopes the CVF GPG will make. He stated that “Given the ongoing ineffectiveness of the current climate adaptation measures and the shortfalls in mitigation, ambition and finance that increasingly expose the most vulnerable to new threats, the adaptation and resilience agenda needs to take centre stage at COP27 alongside mitigation.” The dialogue adopted a Parliamentary Statement that provides the key messaging of the CVF GPG as a vital role player of global climate action, confirming the core priorities of the Climate Vulnerable Forum (CVF) at COP27 of 1.5ºC Ambition, Adaptation, Loss and Damage and Finance, and committing to ensuring follow through on commitments made at both the national and international level.

Mr Martin Chungong, Secretary General of the Inter-Parliamentary Union (IPU), applauded the creation of the CVF GPG, assuring full support of the IPU in its endeavours to tackle the climate crisis. He called for parliamentarians to work together to help meet the 1.5-degree Paris Agreement goal and called for financing gaps for developing countries to be closed.

Hon. Mrs. Marie-Alice Uwera Kayumba, MP, Chairperson of the Committee on Land, Agriculture, Livestock and Environment, Rwanda Chamber of Deputies, stressed on the role of parliamentarians in establishing a nation’s overall development strategy and creating strong environmental policies. These include developing a legislative policy framework that supports climate change adaptation and mitigation, renewable energy growth, and the provision of better energy access and security.

Ms. Paola Albrito, Director of the UNDRR addressed the need for new approaches to overhaul the current global financial architecture, to consider the real cost of inaction on climate change, and the need to make access to capital easier for vulnerable countries.

Namibia and Pakistan were present at the Annual Dialogue as observer countries and indicated their keen interest to join the CVF and the Global Parliamentary Group. Senator Mushahid Hussain of Pakistan emphasised that “Loss and Damage must be addressed because the countries that contribute the least are facing the majority of the consequences of the (actions of the) principal polluters. This is an issue that concerns not one country, but humanity, and it is about human security, the lives and livelihood of people.”

The CVF GPG Chairperson summarized the open discussion urging participants to closely follow-up on the global commitments for the success of the upcoming and future COP’s.

The CVF Global Parliamentary Group Annual Dialogue was held in collaboration with the Inter-Parliamentary Union (IPU) and Global Center on Adaptation (GCA).