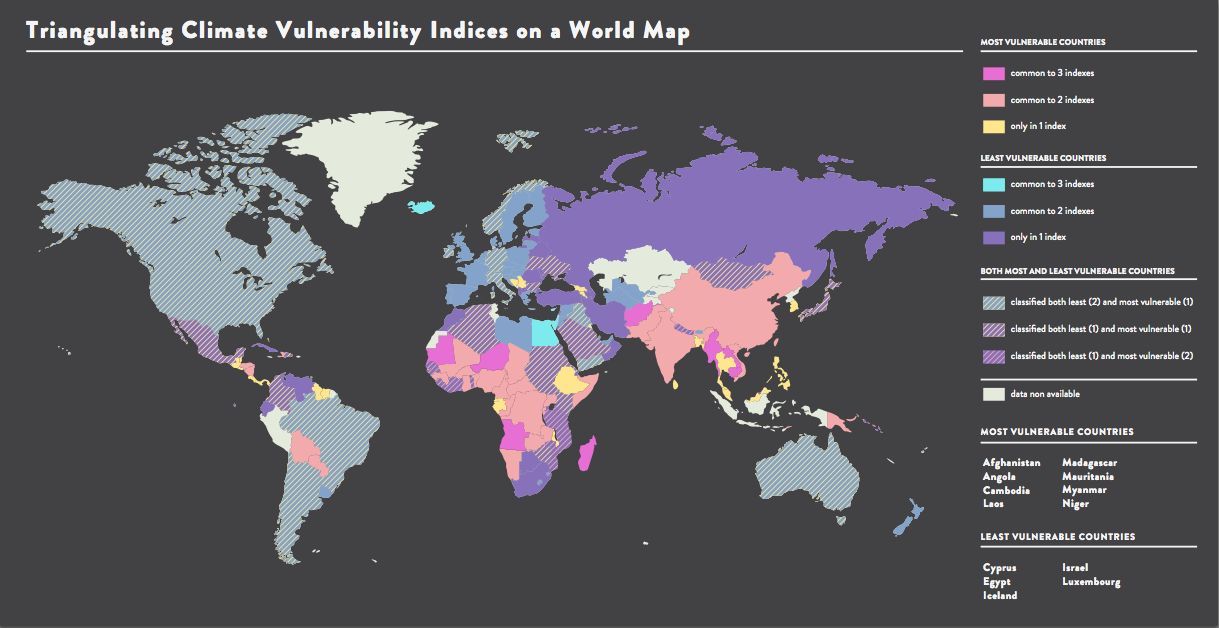 The map highlights how these three indexes differ and overlap in their conclusions on national vulnerability to climate change. It illustrates countries classified as either “most vulnerable” or “least vulnerable” in accordance with the combined results of each of the three indexes. The full map is also available for download here.

The Map comparing climate change vulnerability was developed as a part of a Digital Methods Initiative workshop of October 2013. The related EMAPS (Electronic Maps for Public Science) project will be holding another workshop “Sprint” entitled “Coping with Vulnerability to Climate Change: Adaptation, its Limits and Post-adaptation Mechanisms” taking place at the University of Amsterdam on 24-28 March 2014. The workshop addresses national and urban adaptation mechanisms, as well as mechanisms to cope with vulnerability post-adaptation, such as the “loss and damage” arrangement. It also explores other scenarios resulting from the limits or failure to adapt, such as risk management, regional tensions and conflict. More information is available at the the EMAPS blog here.

In Media
New UNHRC Resolution on Nexus of CC and Human Rights
Blog
Sargassum and Climate Change in the Caribbean
In Media
Climate Change Reality 1896-2013: Mauka to Makai