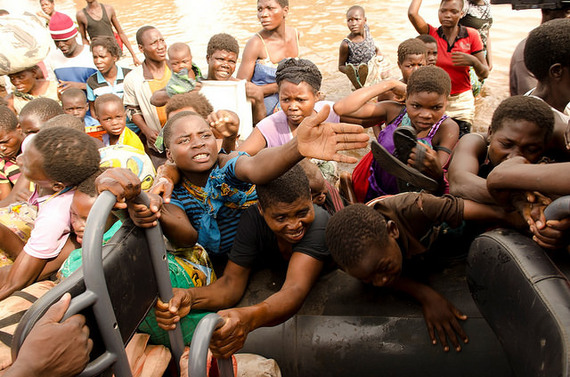 Sign on the dotted line, but don’t forget the fine print is 1.5 degrees Celsius

Anyone watching coverage of the Paris Agreement last December could be forgiven for thinking that countries had defeated climate change itself, there and then, once and for all. As a record number of heads of state and other government representatives gather in New York on April 22nd to reaffirm their vows to the Agreement and sign on the dotted line – fresh from the news that unprecedented amounts were invested in renewable energy last year – the feeling of momentum is palpable. As the minister of a country that has suffered severely from climate change, however, I would like to remind my counterparts that much of the work still remains to be done.

My country, together with other vulnerable countries grouped under the Climate Vulnerable Forum, fought tooth and nail to make the Paris Agreement as ambitious as it is. The Agreement’s very existence is historic and should be welcomed as a testimony to the effectiveness of multilateral cooperation in the face of threats to global peace and security.

For our nations, the most important provision we fought for – and won – in the Paris Agreement was the promise in Article 2 to endeavor to limit global warming to no more than 1.5 degrees Celsius above pre-industrial levels. A 1.5-degree limit is the most ambitious target that is still achievable, provided we act urgently.

Keeping warming below this level would preserve most of the world’s coral reefs and glaciers. It would limit the spread of vector-borne diseases exacerbated by climate change, slow the spread of poverty in my native South-East Asia and provide a boost to the world’s plans to meet the UN’s 2030 Sustainable Development Goals it signed in 2015.

Nevertheless, even if the countries signing the Agreement this Friday also ratify it, the vision it enshrines is far from being realized. We’re still headed for a world 3-, 4- or even 5-degrees Celsius warmer. Such a world would create unbearable conditions for the one billion people who live in the member countries of our Forum. Failed harvests, wrecked infrastructure, a drain on emerging market growth, and migration out of worst-hit areas would also place immense strain on the whole world.

A massive increase in effort is already required to help those worst hit by climate change cope with the beginnings of these challenges. Under the new climate pact, obligations for financial support, technology sharing and measures to compensate for the loss and damage suffered by vulnerable groups that barely pollute would skyrocket if we don’t halt the warming.

We are doing our best to lead. Just last week, a meeting of our Vulnerable 20 (V20) Group of finance ministers agreed to adopt domestic carbon pricing systems within 10 years and called for an international tax on financial transactions to help fund efforts to tackle climate change. If small and poor countries can take such steps, any country can, especially developed countries who are expected to lead on emission cuts before 2020.

Adequately addressing climate change is not controversial. The world has already pledged to do this. Now urgency is key. Although the Paris Agreement is binding from 2020, the Vienna Convention on the Law of Treaties tells us that, by signing it on April 22nd, the more than 130 countries present also agree to act in good faith ‘not to defeat the object and purpose of the treaty’ while it is pending applicability.

The Paris Agreement also gives all countries the option to re-evaluate and resubmit their current commitments to reduce emissions by 2020. All need to come forward by then with new commitments to take action not to exceed 1.5 degrees of warming. If they wait any longer, we are certain to miss that target, undermining the goal of the Agreement. For us, the target of 1.5 degrees is not a mere aspirational goal. It’s a matter of survival.

Achieving the required level of implementation need not be difficult. Up to 90% of new energy produced last year was fueled by new power from renewable energy sources. The world economy expanded again last year but emissions did not grow. The EU, one of the largest groups of carbon polluters, is already on track to overachieve its current 2020 commitments on emission cuts – this is a sure sign it should increase them. Not acting decisively prevents us from taking advantage of improved air quality, job creation and more stable energy prices due to a lesser emphasis on price-volatile fossil fuels.

In signing this Paris Agreement on the dotted line, governments cannot forget the fine print that all states agreed to take steps towards a world where we limit warming to only 1.5 degrees Celsius. Despite momentum, huge and urgent follow-up action is required to live up to that promise. Fortunately, the swifter we move, the better off everyone will be.