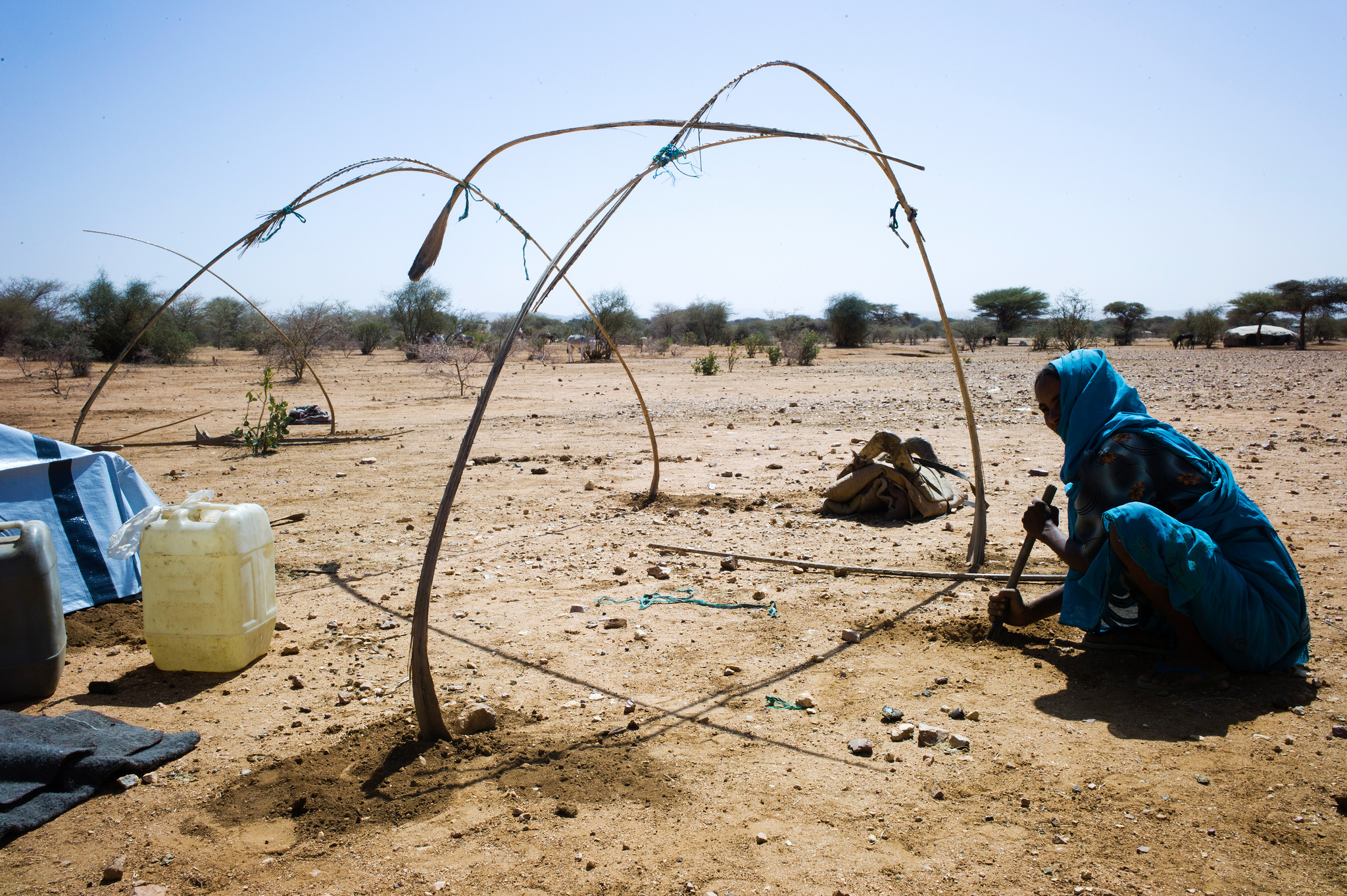 Climate talks must take increased human mobility into account, argues the head of the International Organization for Migration

The climate is increasingly central to effective responses to contemporary migration concerns, just as migration can assist efforts to adapt to a warming world.

We live in an era of the greatest human movement in recorded history.

Over 232 million people call another country their home. Inside borders, matters are even more startling.

Gallup research has shown that around 1 in 10 adults moved places in the past five years alone – that is 5 per cent of humanity. Internal and international migrants make up more than 1 in 7 of the world population.

Migration is a tremendous asset to all societies: It underpins, for instance, the agility of the world’s most robust economies where people “follow the jobs” in the ebb and flow of commercial cycles, diffusing employment-based pressures and optimizing productivity.

The remittances sent to developing countries are already in excess of USD 400 billion a year, or more than three times official development aid. And diasporas contribute through investments, businesses and know-how transfers between home and destination countries.

The International Organization for Migration (IOM) mission is to support governments and partners to maximize the benefits of migration and minimize its risks, particularly those to which migrants are exposed.

The IOM Council, the Organization’s highest authority, met at the end of November and addressed the question of migration, climate and environment.

This was the first time that the topic had been addressed at the Council level – this is a clear sign of increased awareness at the policy level about the linkages between climate and migration.

The Organization has been engaged for the last 20 years in bridging the gap between environmental and migration concerns.

The partnerships that were strengthened on this occasion with the Climate Vulnerable Forum, as well as with the United Nations Convention to Combat Desertification, the World Meteorological Organization, the Internal Displacement Monitoring Centre (IDMC) and the United Nations Environment Programme, all show a shared spirit of cooperation.

Climate and migration are two policy areas that need to be considered together in terms of political engagement and action.

Climate change is now well understood to increase the general severity of weather, including storms and floods.

Last year natural disasters drove over 22 million people from their homes in 119 countries, almost three times as many as those newly displaced by conflict and violence, according to IDMC data.

Natural disasters are partly responsible for IOM’s increasing involvement – as part of its mandate – as a humanitarian relief actor, helping, for instance, those displaced in the Philippines by last year’s super typhoon.

We all must help reduce the risk of displacement for vulnerable populations and anticipate the assistance required for people who are forced to move.

Climate change is also widely known to drive the risks of small island nations being submerged, as melting ice caps and other effects of a warming planet cause sea levels to rise.

The plight of these nations caught the world’s attention at the third International Conference on Small Island Developing States and at the United Nations Climate Summit, held in New York this past September.

Less well known, however, is that over 75 million people live within just 1 metre above sea level (about 3 feet).

According to the latest findings of the world’s leading scientific body on the subject, the Intergovernmental Panel on Climate Change (IPCC), much of this land may be under water within the lifespans of people alive today, regardless of what is done to reduce emissions.

Even greater migration potential lies on drier land, some of which could experience risks just as threatening as those faced by the lowest-lying coastal areas. Faced with increasing temperatures, people will be forced to move.

This kind of migration has already started. Analysis of drought-stricken pastoralists by the IDMC lends substance to fears that shifts in the climate uproot people: in some parts of Africa, nearly 20 per cent of rural communities badly affected by drought have moved permanently.

Many of these migrants settle in makeshift neighbourhoods and shantytowns in urban centres that are, for the most part, places of extreme danger when serious flooding or storms occur, further compounding risks.

Others simply migrate to adjacent rural areas where heightened competition for jobs, water and land increases the risk of conflict.

As communities confront increasingly acute environmental degradation, hearings before immigration tribunals have already started to feature claims in which climate change is cited as grounds for expatriation.

As reported in The New Zealand Herald, this summer a tribunal in New Zealand upheld a residency claim in favour of a family from the Pacific atoll nation of Tuvalu in a plea that cited the effects of climate change.

All these interactions also provide glimpses of the potential of migration in helping people to adapt to a warmer world, such as through more orderly, safer urbanization, via facilitated integration of immigrants, by helping to stabilize the worst affected communities with the economic boosts of remittances and global ties, as well as through last-resort evacuation and planned relocation.

Yet, we should not tell the story of climate and migration as a story of despair. It is also a powerful tale of hope and empowerment.

The IPCC has acknowledged in its Fifth Assessment Report that migration can be an adaptation strategy to cope with climate change.

IOM’s experience shows that migrants, their families and communities benefit from migration by gaining new experience, knowledge, skills and diversified means of income.

Diasporas’ investments and remittances can help diversify livelihoods and mobility can alleviate stress on ecosystems. Migrants can be actors of change who directly contribute to adaptation strategies.

IOM’s field presence – more than 480 locations in some 150 countries – means that we have direct contact with our beneficiaries. This experience has convinced us that migration can be an opportunity to adapt to new environmental realities.

To this end, IOM will continue to promote a balanced message on human mobility – its risks and the opportunities for individuals and communities.

The Lima Climate Change Conference (COP 20) negotiations constituted the last full-scale global meeting before an international agreement on climate change is to be reached in Paris at the end of next year.

People should be aware of the extent to which the outcomes in Lima and Paris may not only seal the fate of a handful of island nations, but also determine where a great number of us will come to live, who our neighbours will be and whether or not we can cope with such changes. IOM supports action at the international level on human mobility and climate.

Let us take action together on human mobility in the context of climate change policy. In a world where more people than ever before are on the move, there is an urgent need to include migration and migrants in efforts to develop a green and sustainable development agenda.

William Lacy Swing is the Director General of the International Organization for Migration. For more information on its work in the area of migration, environment and climate change and an overview of the topic visit the IOM website.