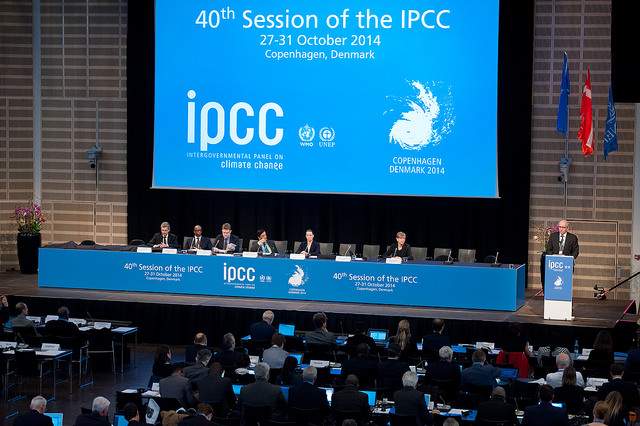 A few days ago in Copenhagen, Denmark, the Intergovernmental Panel on Climate Change (IPCC) released the synthesis report of its fifth assessment.

This particular report did not report anything new beyond the reports of working group one (on climate science), working group two (on impacts, vulnerability and adaptation) and working group three (on responses) which were released earlier this year.

Although the synthesis report did not bring out any new findings it did much more than that. It connected the dots across the three other reports and synthesised their findings into a message that is both devastating and very hopeful at the same time.

The devastating message is that the emissions of greenhouse gases continue to grow, despite efforts and promises to reduce them. Thus at the current rate of emissions, even after factoring all the promises by countries to reduce their emissions, the world is headed for nearly 4C rise in global atmospheric temperature by the end of the century. This will result in globally catastrophic impacts not only for poor countries but also for the rich.

Reducing the global temperature to less than 2C, which is what global leaders have agreed to, will require drastic reductions in use of fossil fuels globally such that emissions come down to zero by the end of the century.

The more hopeful side of the story is that reducing the emissions to zero is not only possible, it may even be more profitable for countries and companies.

The upcoming 20th conference of parties (COP20) under the United Nations Framework Convention on Climate Change (UNFCCC) to be held in Lima, Peru in a few weeks will set the stage for negotiating a truly ambitious and fair new global treaty for the next decades by COP21 to be held in Paris, France in December 2015.

This opportunity is really the last chance for all the countries of the world to bend the curve from the trajectory leading to nearly 4 degrees to one that is well below 2 degrees.

For the hundred poorest and most vulnerable countries, such as the least developed countries (LDCs), small island developing states (SIDS) and Africa who are also climate vulnerable, they have to tackle climate impacts while also tackling poverty at the same time.

For these countries, even a 2C rise will mean considerable loss and damage, while a 4C rise would mean utter devastation.

So their demand for the Paris agreement is a “double zero” target of zero emissions and zero poverty. Failure to achieve an ambitious and fair agreement will be tantamount to a declaration of war by the big polluting countries on the climate vulnerable countries. This worst case scenario can still be avoided but the time to do so is running out.

Saleemul Huq is director, International Centre for Climate Change and Development at the Independent University, Bangladesh